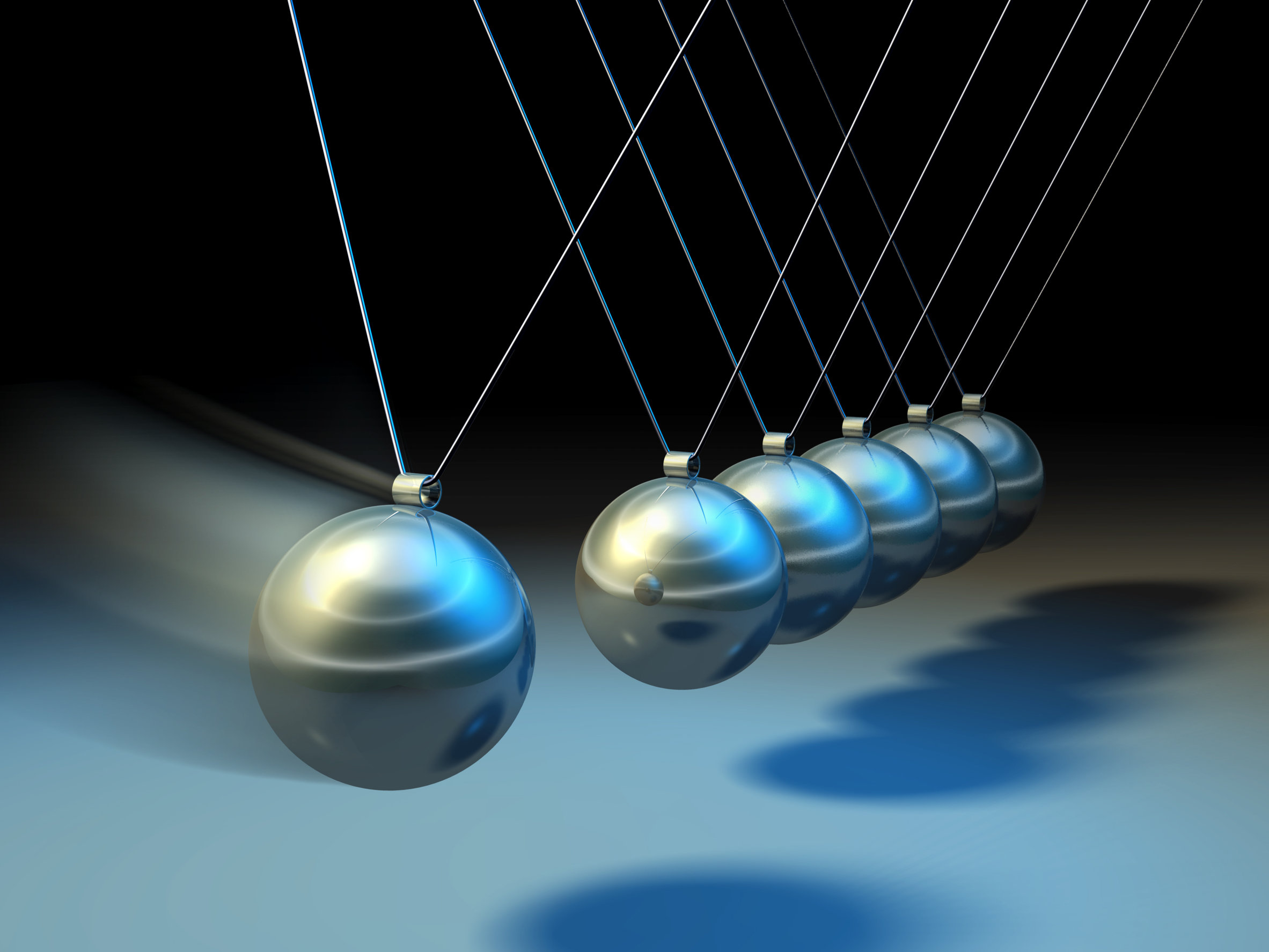 When objects collide, their momentum is converted into other forms of energy such as heat or sound. If this does not occur, and the kinetic energy (movement) is not lost, this is called an elastic collision. Some collisions that occur are very close to elastic, as only a tiny proportion of the kinetic energy is lost. An example of an elastic collision occurs between molecules of gas. They do not tend to gather at the bottom of a container, rather they move around throughout the whole container. When the molecules collide they transfer only a small proportion of their kinetic energy and simply continue to move around. These are elastic collisions. If the gas molecules collided and transferred all of their kinetic energy at once they would then fall to the bottom of the container and gather together. Collisions which cause two objects to collide and stick together are known to be ‘inelastic’ collisions.

To answer this question, we must first consider the information provided.
We are given the masses and speeds of the two trains prior to the collision.
We can assume that the friction force is small enough to ignore and therefore can apply the law of ‘conservation of momentum’.

Let’s go through some abbreviations before we try to solve the question.

Now that we have established what the abbreviations will be in the equations, we can use the units from the scenario to answer the question. Remember that the momentum before is equal to the momentum after.

The equation we will use is:

In this equation V1 is the same as V2 since both trains are travelling at an equal speed after due to the equal momentum. So, V1 = V2 and this can be presented as V in the equation to represent the momentum of both trains.
We can now simplify and solve the equation.

If we substitute in the numbers from the question into the equation, we should be able to work out the velocity of both trains.

To this we need to add the mass of train B and the speed train B was travelling at. If we look back at the scenario we can see that train B was in fact stationary, which means it had a velocity of 0 m/s. So u_2=0. We also know that the masses of the two trains added together is 19,000 kg:

The conservation of momentum rule allows us to use this type of equation to calculate the mass, velocity or momentum of any object provided that the other values are provided in the question.