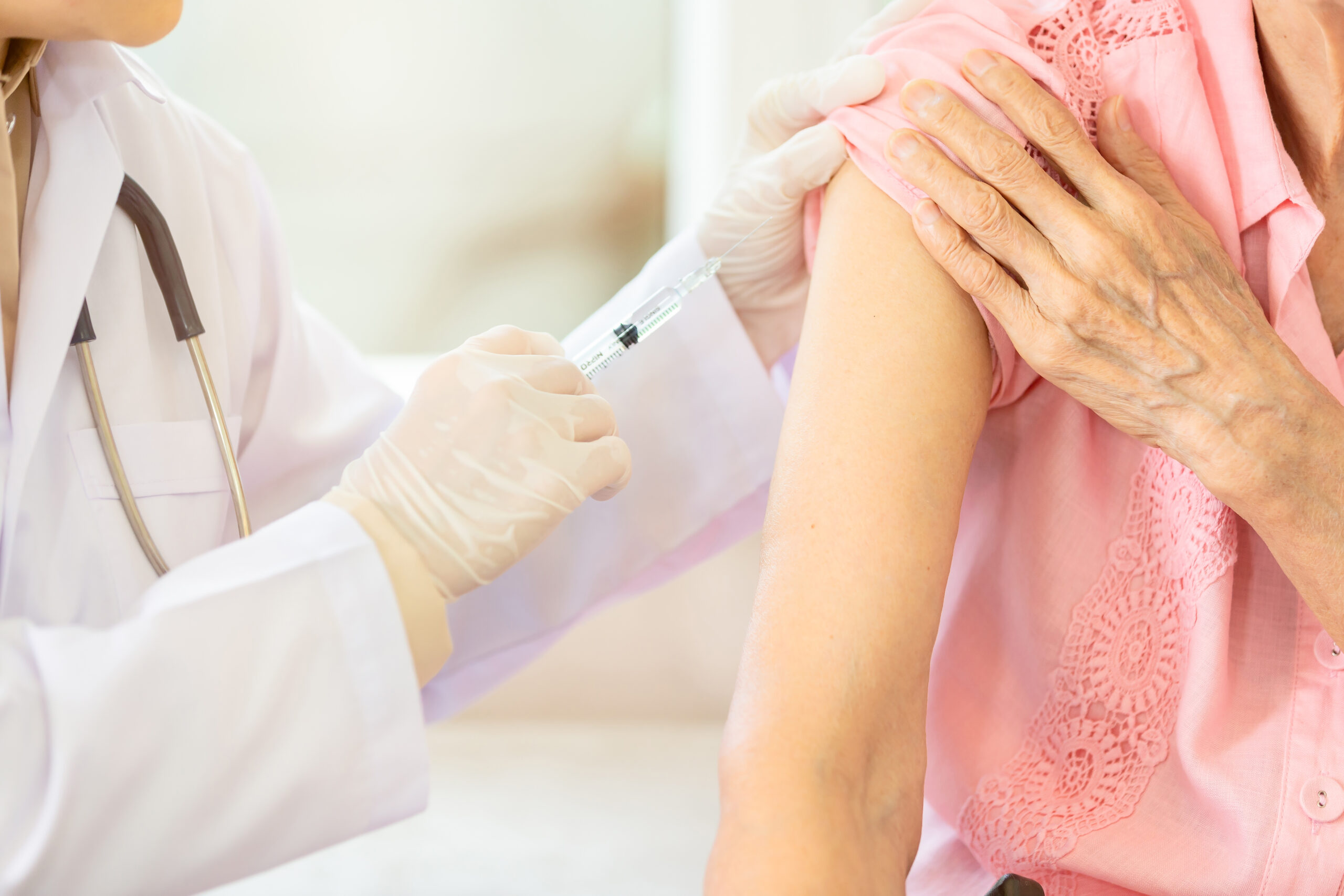 A vaccination is where a person is provided with artificial immunity to a disease without actually ever having the disease itself.

Like we have previously mentioned, some lymphocytes develop into memory cells. Memory cells are what make humans immune to certain diseases. When the same microorganism re-infects the body, a memory cell will start to reproduce and produce antibodies so the pathogen can be dealt with quickly. These cells can remain in the blood for many years and sometimes for someone’s entire life.

The graph shows the level of antibodies in the blood when a person is first exposed to a disease. The secondary immune response refers to the same person being exposed to the same disease many years later and becoming re-infected. As can be seen from the graph, the level of antibodies in the blood increases at a much faster rate with a secondary immune response.

During a vaccination, a person is injected with an ‘agent’. This agent carries the same antigens as the specific disease-causing pathogen. Lymphocytes recognise these antigens and begin to multiply; they work as if an actual microorganism has entered the bloodstream. This results in memory cells being produced enabling a person to become immune to the disease.

We offer the Edexcel GCSE in Biology through our online campus.