What Does an Early Years Practitioner Do?

Early Years Practitioners care for the physical, practical, and educational needs of all of the children in their care: The ages of these children range from birth until they attend primary school at five years old, although most Early Years Practitioners are qualified to teach and care for children up to six years of age. This is a sector that is highly regulated and under the Childcare Act 2006, all nurseries have to follow a statutory framework for early years education which is different in each country. Nurseries in England follow the Early Years Foundation Stage (EYFS), whilst those in Scotland and Wales have their own system and framework.

As an Early Years Practitioner, you can expect to work in a nursery or preschool setting, although some Early Years Practitioners work independently as nannies or childminders. Regardless of the setting, the main focus of your role will be to organise age-appropriate activities for the children under your care to stimulate their physical, educational and emotional development. Your role will also involve ensuring that the children under your care are properly safeguarded. Not only should they be protected from harm whilst they are under your care, but it is also your role to look for signs that they are being properly cared for at home, and to report any concerns that you may have to the relevant authorities. Early Years Practitioners are highly qualified and highly regarded members of the educational community, and play a vitally important role in preparing children for the rest of their school career.

Working as an Early Years Practitioner is an incredibly rewarding job role, although it is also a demanding role that will require a good level of physical fitness, as you will spend much of your day running around after active toddlers and preschool-aged children. There are great opportunities for career progression, with many nursery nurses going on to pursue careers in nursery management, or continuing their education to convert their Early Years Practitioner qualifications into full teaching qualifications.

Roles and Responsibilities of an Early Years Practitioner

The vast majority of early years practitioners work as nursery nurses, but other job roles that fall under this umbrella title are early years teacher, nanny, childminder and preschool assistant. Whichever of these job titles interests you most, the roles and responsibilities that you will be expected to perform as a part of your role will remain the same. They include:

Personal Traits of a Good EYP

It would be impossible to work as an Early Years Practitioner unless you liked children, enjoyed spending time with them, and wanted to play an active role in supporting them as they grow and develop. This is one of the most integral traits of a good Early Years Practitioner. But other personal traits that you will need to have to succeed in this job role include:

The qualifications needed to be considered a fully qualified Early Years Practitioner will be determined by whether you are seeking to secure these qualifications now, or if you have already received some education in this field. This is because the rules surrounding the qualifications needed for registered nursery nurses changed in September 2015. If completed before this date, you would be considered fully qualified if you have obtained a Level 2 or Level 3 childcare qualification. There are many types of these qualifications, but some examples include the Level 2 Certificate for the Children and Young People’s Workforce, Level 3 Diploma for the Children and Young People’s Workforce or Level 3 Diploma for the Early Years Workforce.

From September 2015, whilst many people still pursue level 2 qualifications, and they serve as a valuable stepping stone towards a career in Early Years care, you cannot be considered a fully qualified early years educator until you have obtained a level 3 qualification. The exception to this rule is if you wish to qualify as a childminder or a nanny, looking after other people’s children either in their own home or in other people’s homes, in which case you are considered qualified to do this with a Level 2 qualification. Some examples of courses that you could take to reach these goals include:

These courses will teach learners a vast array of vital knowledge necessary when working with children. You can study for these courses either in a traditional college setting or via distance learning. Other qualifications you will need to secure a place on your chosen course will be determined by the college, but many will ask that you have achieved a passing grade (A*-C) in Maths and English at GCSE level. If you do not have the required GCSEs, or you wish to study for or retake your GCSEs to reach these standards in conjunction with your chosen childcare course then you may find that the distance learning route is a better path for you. This is because distance learning colleges are able to be more flexible with their entry requirements and because they are better able to facilitate your desire to study different courses at different levels simultaneously.

There are many different routes to becoming an Early Years Practitioner, with the variety of options meaning that the career is open to individuals of all educational levels and backgrounds. The most common route is to enter a child care environment as a junior team member, often a nursery assistant, with the support and supervision of a more experienced Early Years Practitioner, as you attend college as part of a day release programme or in your own time: for this reason, distance learning is a popular option for those seeking to become qualified as an Early Years Practitioner, because you can study at a time and place that suits you, fitting your course around your work and home life commitments.

This isn’t the only route to becoming an Early Years Practitioner though; some students will choose to attend college on a full-time basis, enabling them to study for the qualifications they need in a shorter period of time, and then seek the Early Years Practitioner job role they’re looking for. This path is common if you wish to become a nanny or a childminder, working for yourself and setting up your own business, as you’re less likely to need the support of an established nursery setting throughout your studies. However, it is becoming increasingly popular with traditional Early Years Practitioners, such as nursery nurses, who are better placed to apply for available (and often better-paying) job roles if they already have the qualifications they need. 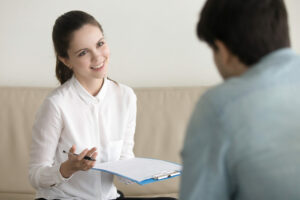 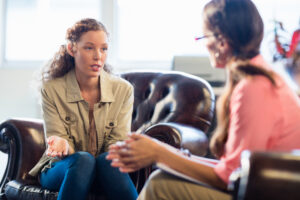 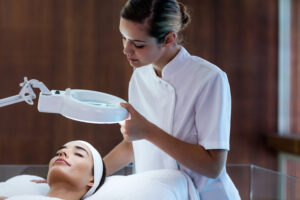 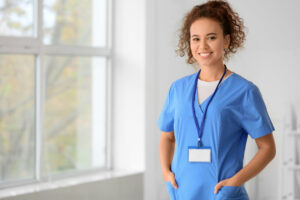