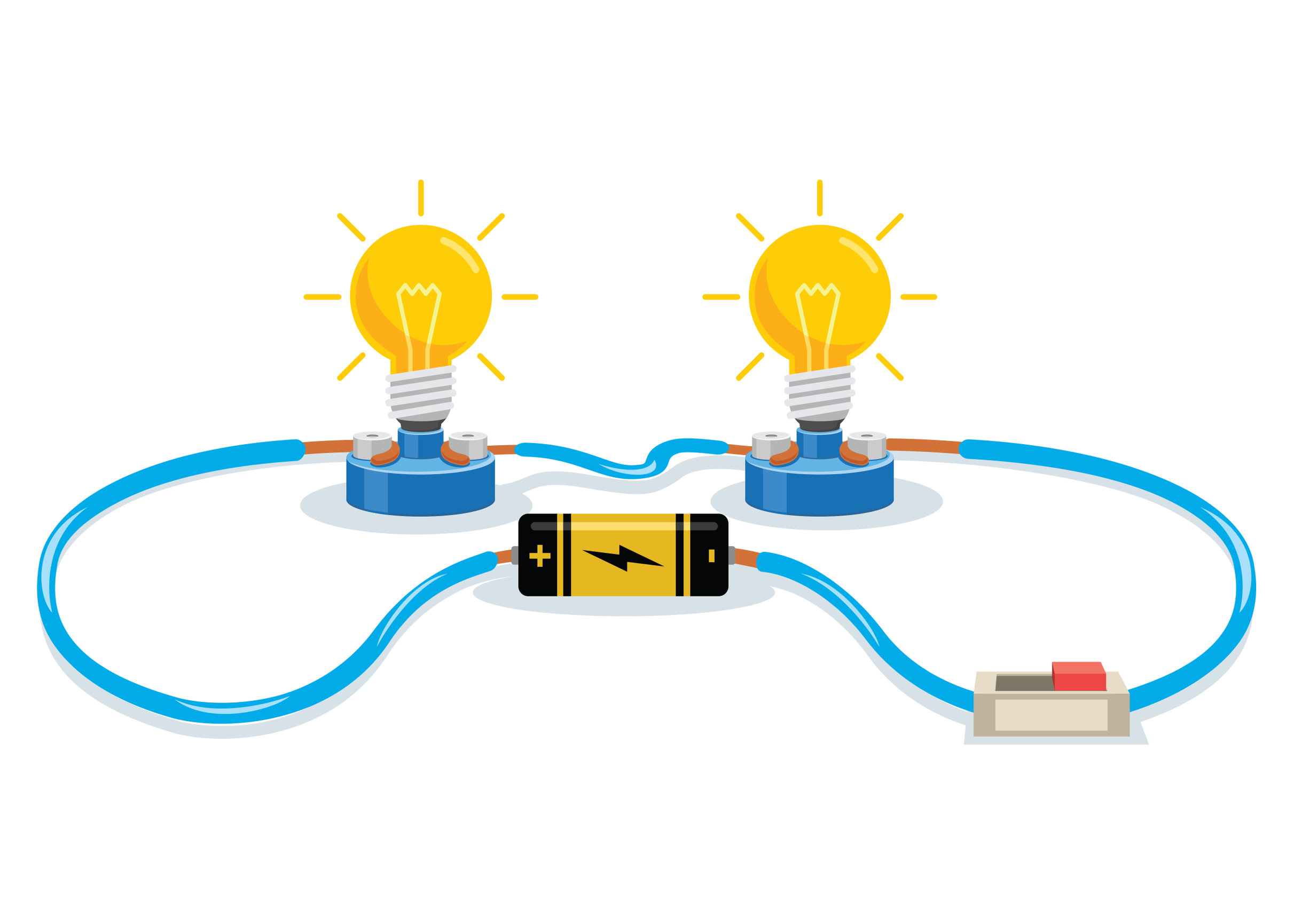 Electrical resistance is a measurement of the difficulty with which electricity can pass through any particular component of a circuit. Resistance is measured in ohms (Ω) and is dependent upon the size of the voltage acting across it and the current flowing through it. The relationship between these three factors is shown by the equation:

V = the potential difference and is measured in volts (V)

I = the current in amperes (A)

R = the resistance in ohms (Ω)

You must know and be able to rearrange this equation as it will not be provided in the exam.

This equation shows that at a constant resistance, there is a directly proportional relationship between voltage and current. As voltage increases, the current also increases. Increasing the voltage means that the electrons moving around the circuit are given a bigger ‘push’. They will move faster and a higher number of them then passes the same point every second. This increases the current.

The equation can then be rearranged to find the resistance:

If 6A flows through a 900V kettle, what is the resistance of the kettle?

Remember, the resistance is the voltage (measured in volts), divided by the current (measured in amperes). We know that the voltage is 900V and that 6A of current is flowing through it. The equation we use is R = V ÷ I

The equation can also be rearranged to find the current in a circuit from given values of resistance and voltage as shown below:

Calculating current, voltage and resistance in a series circuit

Adding an extra resistor to the circuit increases the resistance of the circuit. As resistance increases the current decreases. The equal increase in resistance and decrease in current results in the voltage remaining constant. The voltage is shared evenly across all resistors present in the circuit. In the example of the circuit containing the 3Ω and 4Ω resistor, if a voltage of 40V was supplied, each resistor would have a voltage of 20V. The current for the same circuit containing the 3Ω and a 4Ω resistor using the equation I = V ÷ R.

Electrical circuits often also include components that have specific roles as types of resistors. These specific resistors include fixed and variable resistors, diodes, thermistors and light dependent resistors.

Uses of energy transfer in a resistor

As electric current flows through a resistor, some of the electrical energy is converted into heat energy. This causes the resistor to heat up. This heating effect occurs due to the metallic structure of the wire in the resistor. Metals have a lattice structure containing metal ions and a sea of delocalised electrons. The delocalised electrons are free to move throughout the lattice structure and as they do so they collide with the metal ions. These collisions result in the transfer of kinetic energy to heat energy. As there are so many of these collisions occurring, there is a lot of heat energy produced and the metal heats up. This heating effect can be used in appliances where heat transfer is needed, for example in a kettle or electric heater.