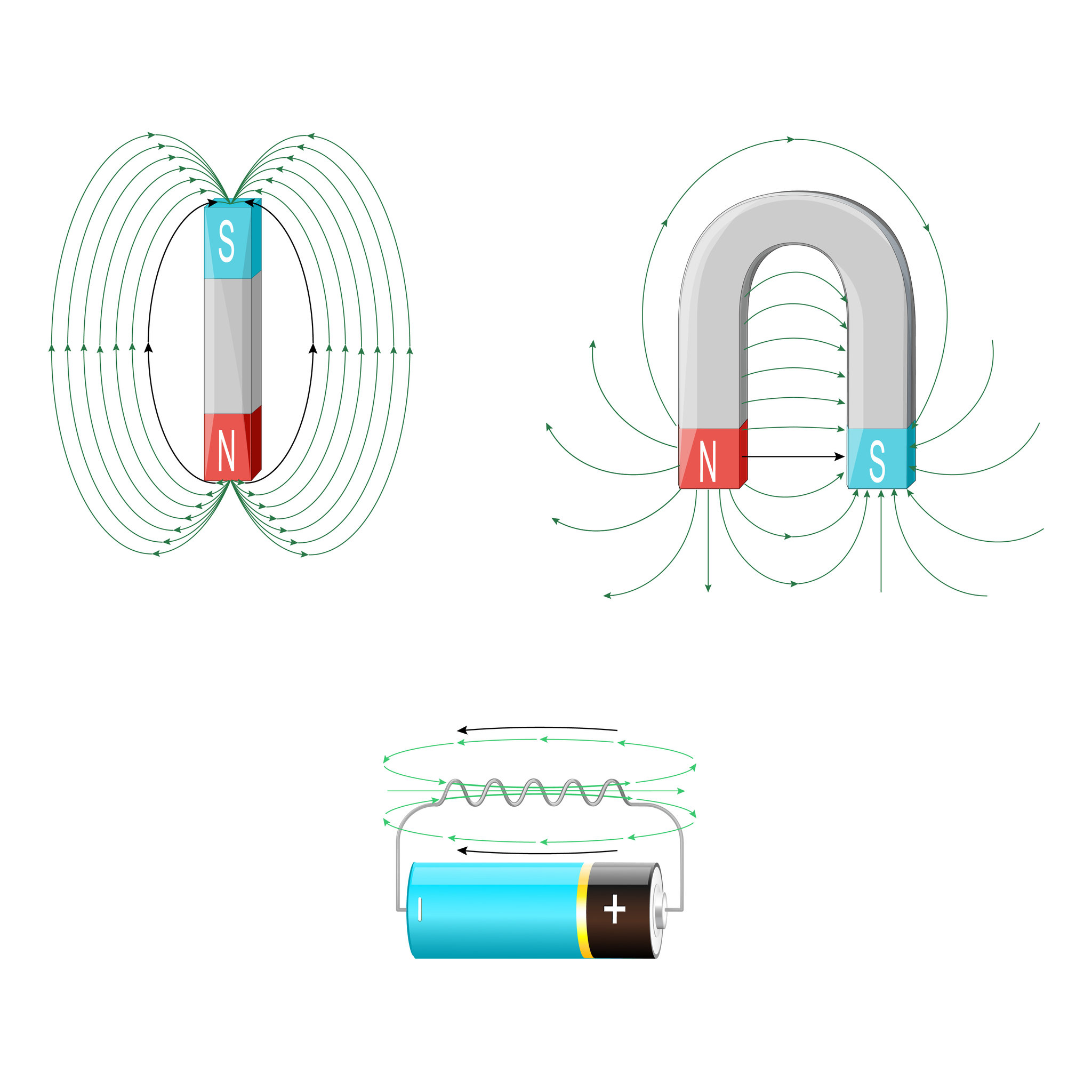 Therefore, a voltage can be induced by either moving a conductor through a magnetic field or by moving a magnet through a coiled wire. The factors that affect the size of the induced voltage include:

The factors that can be considered above show that the voltage and current are generated when conductors (such as a wire) cut through the magnetic field lines. The faster the lines are cut through, the larger the induced current and voltage.

Although moving a magnet in and out of a coil induces a voltage, the amount of electricity generated is insufficient for large-scale use. The mains electricity supply which provides electrical energy for our homes is generated using large-scale generators in power stations. As the generators used in power stations produce electrical energy on a much larger scale, a much larger voltage needs to be induced.

These large-scale generators work by either rotating a magnet inside a coil of wire or by rotating a coil of wire inside a magnetic field. This rotation induces a potential difference or voltage between the ends of the coil which in turn causes the current to flow.

The size of the voltage induced is proportional to the size and strength of the magnetic field and the size of the coil. These generators use very strong magnets and very large coils with a large number of loops. The magnets or coils of wire also spin much faster to induce larger voltages and therefore larger currents.

As a coil rotates, its direction of movement is perpendicular to the direction of the magnetic field. This rotation induces a current in the coil. If we were to watch one side of a coil, we would be able to see how the wire moves up and then down through the magnetic field for each rotation of the coil. This up and down movement of the coil causes a continuous alteration of the direction in which the current moves. The induced current flows first in one direction and then in the other and is therefore known as an alternating current.