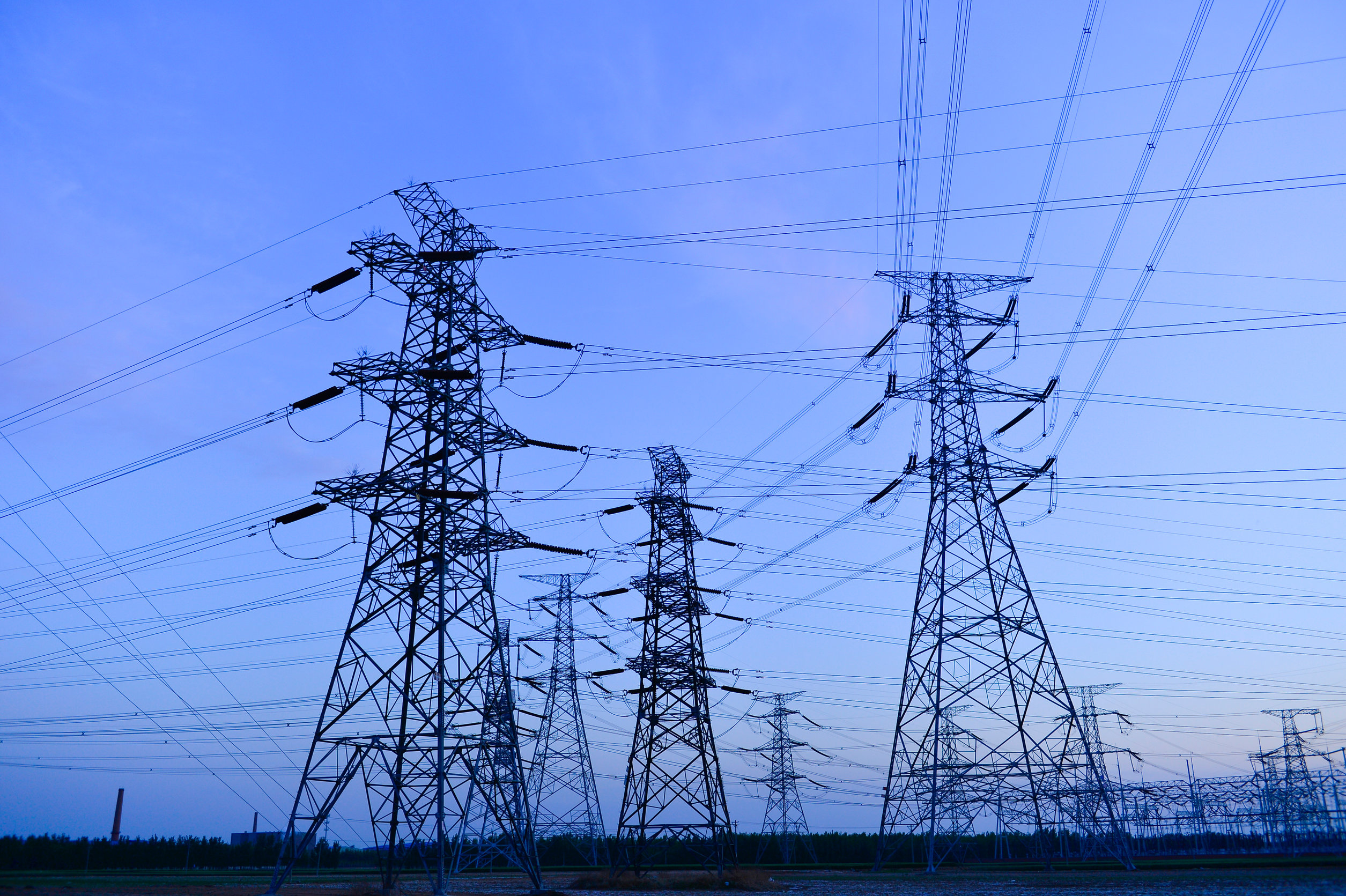 The electricity meter is connected to a fuse box via another cable. A fuse box may also be known as a consumer unit. Fuse boxes contain fuses or circuit breakers for all of the various circuits throughout your home which are used to prevent electrical surges from causing damage to your electrical devices or injury to yourself.

The cables used in a ring circuit are known as three-core cables. Each cable contains three separate wires, each of which has a central copper wire and is coated with a different coloured plastic cover which provides insulation.

Each of the three wires is coated with plastic. The outer coating on the three-core cables is also made from plastic as is the outer casing of the plug. Plastic is used because it is a good electrical insulator.  An electrical insulator prevents the flow of electrical charge and prevents people becoming electrocuted if they touch the wires or plug.

Below are some more definitions that will crop up in your exam. It is worth memorising them so that your answers include the correct scientific terms.

Circuit breakers and the fuse

You should know how fuses or circuit breakers work and how they are used to protect electrical devices, circuits and us.

Fuses are generally found in the plugs of electrical appliances or in the fixed wiring in a house. They contain a thin piece of wire which melts easily. If there is a fault or sudden increase in the current where the current becomes too high, the wire in the fuse will melt and break. The circuit is broken therefore stopping the supply of electricity to the circuit, thus protecting the wiring and appliance from damage and lessening the risk of electrocution to anyone using the appliance.

Cars also have an electrical supply from their battery. If an electrical fault occurs in a car, it could result in a fire. Therefore, fuses are also used in cars to protect all circuits.

Once the wire inside a fuse has broken, the fuse is said to have ‘blown’ and cannot be used again. The fuse must be replaced before the appliance can be used again.

Fuses in plugs have standard ratings according to the size of the current they can carry. If the current exceeds this rating the fuse breaks.

The most common ratings are 3A, 5A and 13A. The fuse is always rated at a slightly higher current than required by the device to allow for any small surges or variations in the electrical current which may occur from the mains supply.

Power is a measure of how quickly energy is transferred to a device and can be calculated using the current supplied and voltage used, as shown by the equation:

The unit of power is watts (W).

You must know and be able to use this equation as it will not be provided in the exam. This equation can also be rearranged to find out the current of any device as long as the power and voltage are known. This can be useful when selecting an appropriate rating to be used when replacing a blown fuse. When the fuse is replaced, a fuse of the same must be used. If the fuse has been thrown away without checking its rating, you can calculate the current at which the device is rated and use this value to select a suitably rated fuse. To calculate the current rating of the device you use the equation:

Bill needs to replace the fuse in the plug on a food blender with a power of 500W and a voltage of 240V. He has three fuses available that he could use. The ratings on the three possible fuses are 3A, 5A and 13A.

Calculate the current and deduce which fuse he should use.

Bill should therefore use the 3A fuse.

Circuit breakers are automatic switches which are found in the ring circuit system. Circuit breakers are used for the same purpose as fuses, but they work in a different way. A spring-loaded switch is held in the closed position by a spring-loaded soft iron bolt. An electromagnet is arranged so that it can pull the bolt away from the switch. If the current happens to increase beyond the accepted limit, the electromagnet pulls the bolt towards itself, which releases a push switch into an open position. When the switch is in the open position, the circuit is incomplete and electricity cannot flow. This is known as the circuit breaker ‘tripping’. As with fuses, the use of circuit breakers protects electrical circuits and appliances from damage caused by faults or sudden surges in electricity supply.

Unlike fuses, circuit breakers can be reset by flicking the switch back into its closed position. Once the switch is closed, the circuit is once again complete and electricity is able to flow.

Circuit breakers are also more sensitive, more reliable and also react to electrical surges much quicker than fuses, meaning that the electricity supply is cut off much quicker, thus making the appliance safe much faster.

Below is a list of domestic appliances that may commonly cause circuit breakers to trip:

The electricity supplied by the mains supply is alternating current (a.c.). In an a.c. supply the current constantly changes direction due to an alternating voltage where the positive and negative ends continue to switch around. Cells and batteries provide electricity which is direct current (d.c.), where the current always moves in the same direction due to a direct voltage being applied.

Electrical circuits which use cells or batteries to supply the voltage use direct current. The electricity only flows around these circuits in one direction. If the cells are turned around so that the negative and positive terminals are reversed, the electricity is unable to flow.